When is the Right Time for DCM? 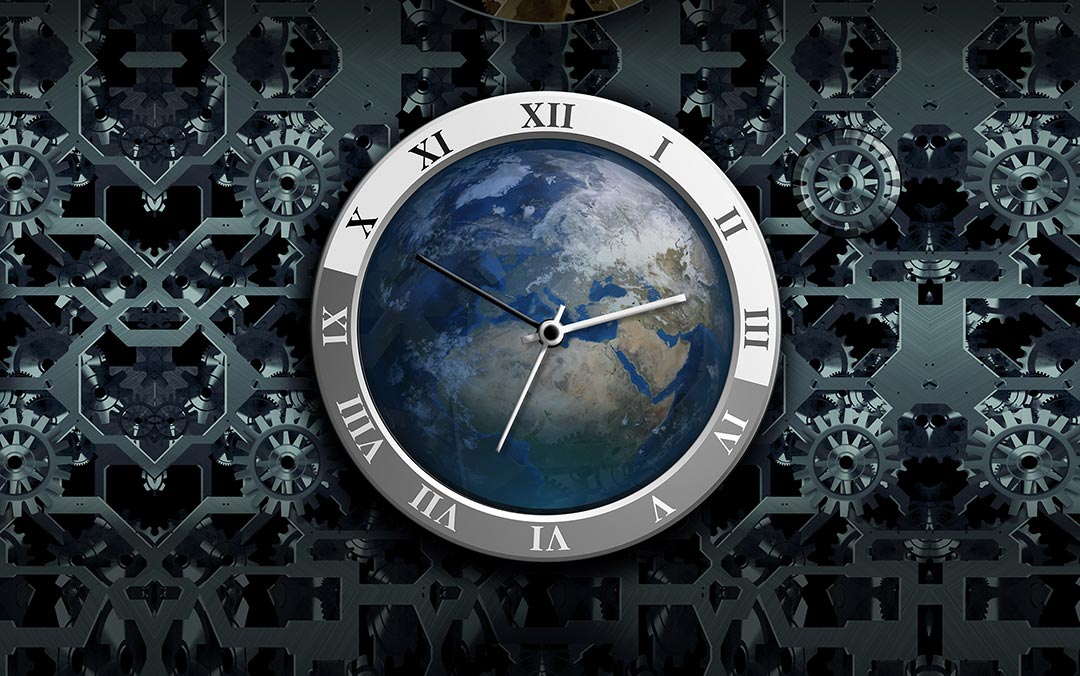 When we interact with our clients and prospects, we are often asked about the right time to begin using Data Content Manager. We believe the correct answer is, without a doubt: Now.

We then sometimes hear the “but” arguments, something similar to these. But:

Let me explain why we think the right time to bring in DCM is now.

We understand the Buts…

Of course, we understand that people are busy. Yes, DCM certainly can be used for a lot of complex scenarios and that, of course, requires work. When you’re just starting with ServiceNow, you’re focused on building up new things and not concerned about problems that haven’t occurred, yet. Your maturity level certainly affects your focus. We get it.

We also know that some organizations feel they don’t have problems with data but, quite frankly, we have a hard time believing it.

… but we don’t always agree with them.

Data Content Manager is certainly a sophisticated tool and there’s not many limits in use cases where it can bring value. However, it is also a very simple tool that can be set up to produce actionable results in a matter of hours, not days or weeks.

The key is starting small and expanding when you’re ready for it. Focus on the low hanging fruits and the answer to beginning now is justified.

I’ve outlined a few scenarios to explain why beginning with DCM rather sooner than later makes sense. The examples are quite generic but should be applicable to almost any organization.

After going through the scenarios, I will give a quick recipe for mitigating your risk. Let’s dig in. 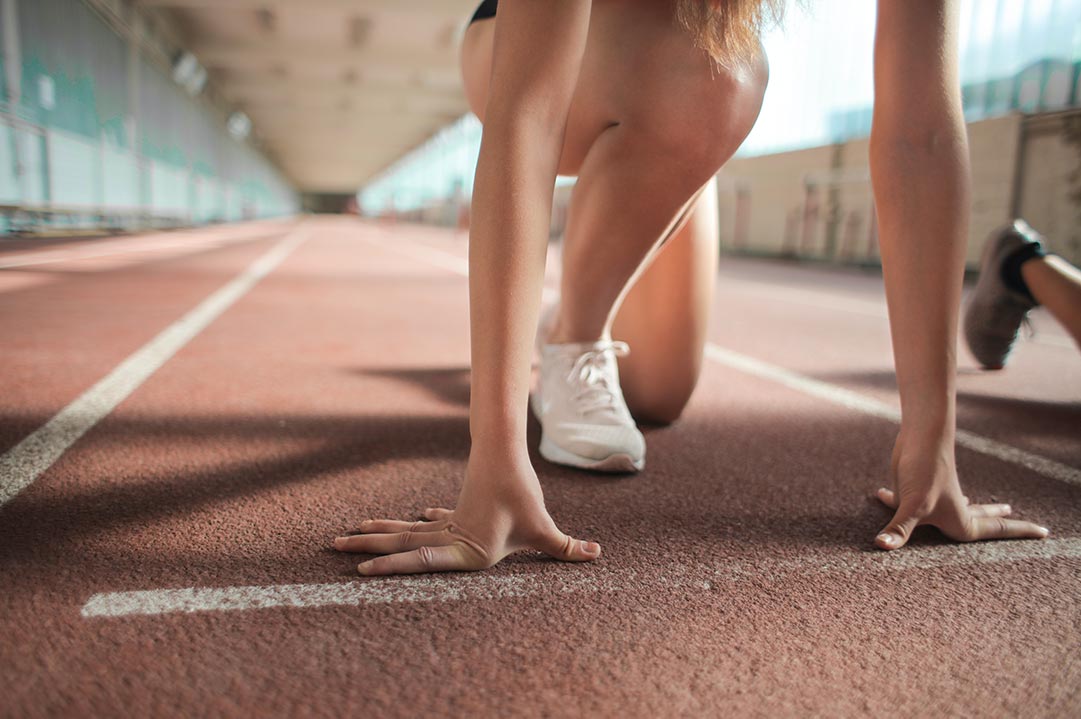 Your organization has just begun with ServiceNow. Teams are formed to take the platform into use. Excitement and anticipation are in the air.

No Problems, No Need for DCM

We often hear is that DCM might be the right tool later, when the platform has already been used for a while. The argument is that we don’t need a tool to audit and enforce data models when there are no problems.

Well, the reason for bringing in DCM in early stages of the implementation is to avoid those problems from developing in the first place. When you document your planned data models with DCM, you immediately gain the ability to audit those data models and use them when maintaining data.

When you automate the audits to happen on a regular basis, you will most certainly find deviations and data issues as you expand your platform usage. However, when you catch the deviations early on, they are unlikely to develop into real problems. This is bound to save a lot of grief and money down the road.

It makes sense to ensure your data is in good shape from the beginning and that the basis for smooth future maintenance is established. After all, investments are made in the beginning to define and populate the initial data sets. If no systematic effort is made into maintaining the achieved data quality, chances are the initial investment may end up going down the drain.

If you let the issues pile up, they will eventually become problems and eventually you will be talking about data cleanup projects instead of regular maintenance. It will be more cost effective in the long run to not let your data degragate. 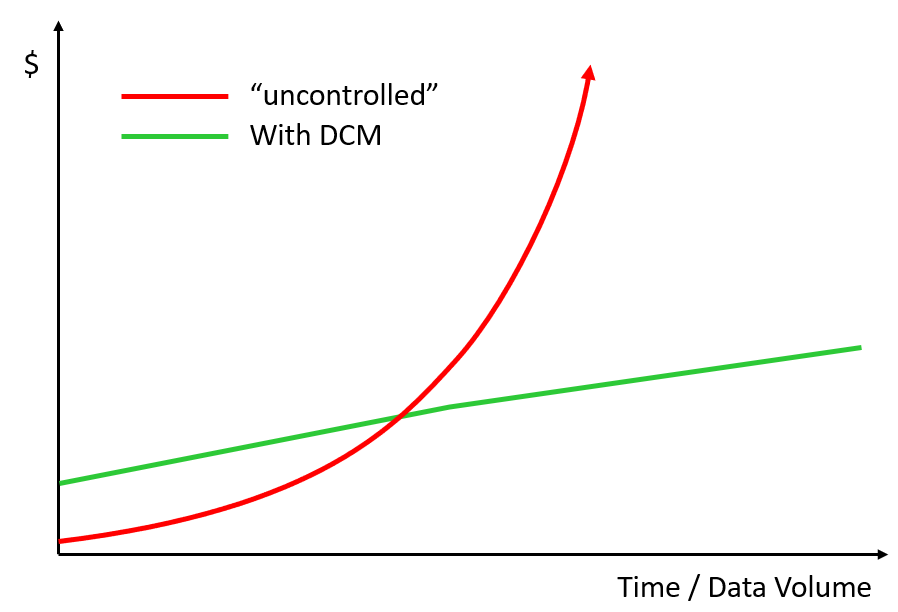 What I want to say with the graph above is that yes, there is a cost associated to beginning with DCM compared to not having it. However, the cost of maintaining your data over time with DCM is predictable as you grow. With no controlled way to manage your data as you grow and deviations pile up, the cost of maintaining that data by fixing it afterwards is likely to be substantial. The likelihood of very expensive things is likely to be higher, too.

An added benefit of DCM is the ability to set KPI’s and automatically report on them through the included dashboards. You can set targets and continuously make sure they are met. Furthermore, you can easily demonstrate your progress to your stakeholders with visual dashboards.

The second scenario is a very typical one. ServiceNow has been used for years and is present in increasingly many parts of the organization. Benefits are clear but the amount of data within the system is staggering and honestly, nobody knows for sure what the actual status of the data is.

If the feedback of the platform is negative, as in complex, cumbersome, not good, or much worse, there’s a good chance that in reality the problem is more to do with bad data in the platform rather than the platform itself. 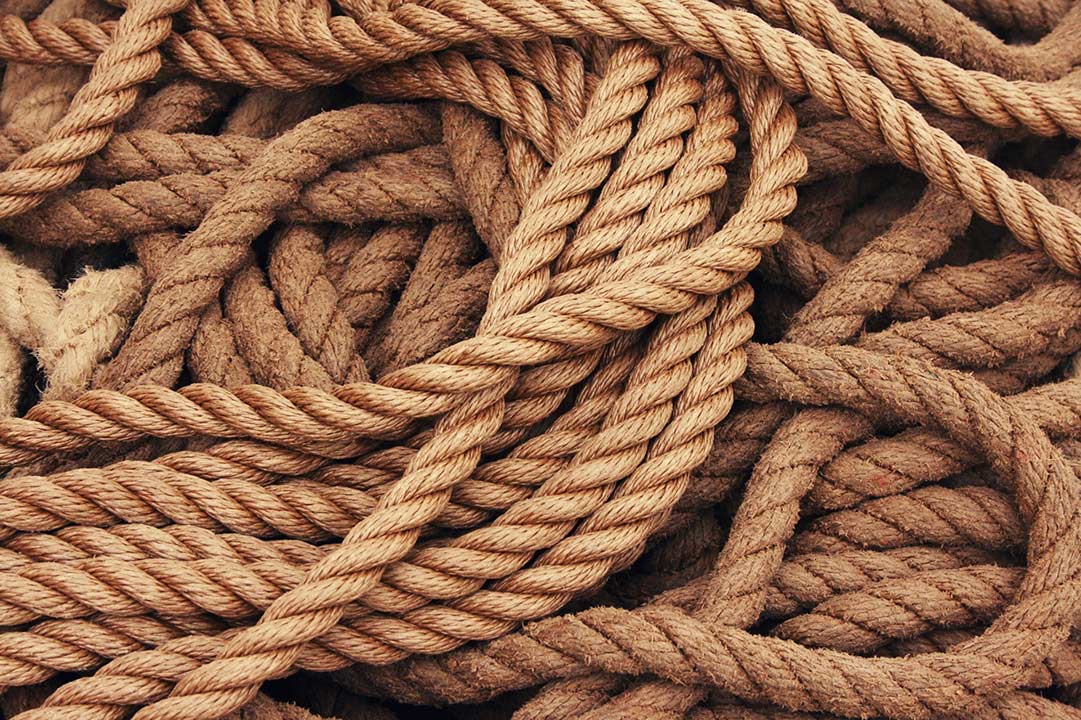 Some typical symptoms of bad data affecting things negatively include:

If these symptoms are commonplace, Data Content Manager can easily find where the problem areas are, and how to prioritize fixing them. Then it can be used to organize the remediation activities and track progress. The use case is more about finding and fixing issues before building a systematic data maintenance process.

In some severe cases, companies are doing “reboots” to their ServiceNow and starting again from scratch. If that is the case, then look at Scenario 1, take DCM into use early on and take control of your data from the beginning.

Let’s say you’re a Service Desk Lead, and you frequently find yourself facing one or more of these problems:

Consequently, your staff gets frustrated, and employee turnover is high. This adds to your problem since you must continuously hire and train new people.

Due to all of this, your reporting is not reliable and your stakeholders are demanding reports. To add insult to injury, you spend your weekends manually creating the needed reports in Excel only to find that they are still not reliable. 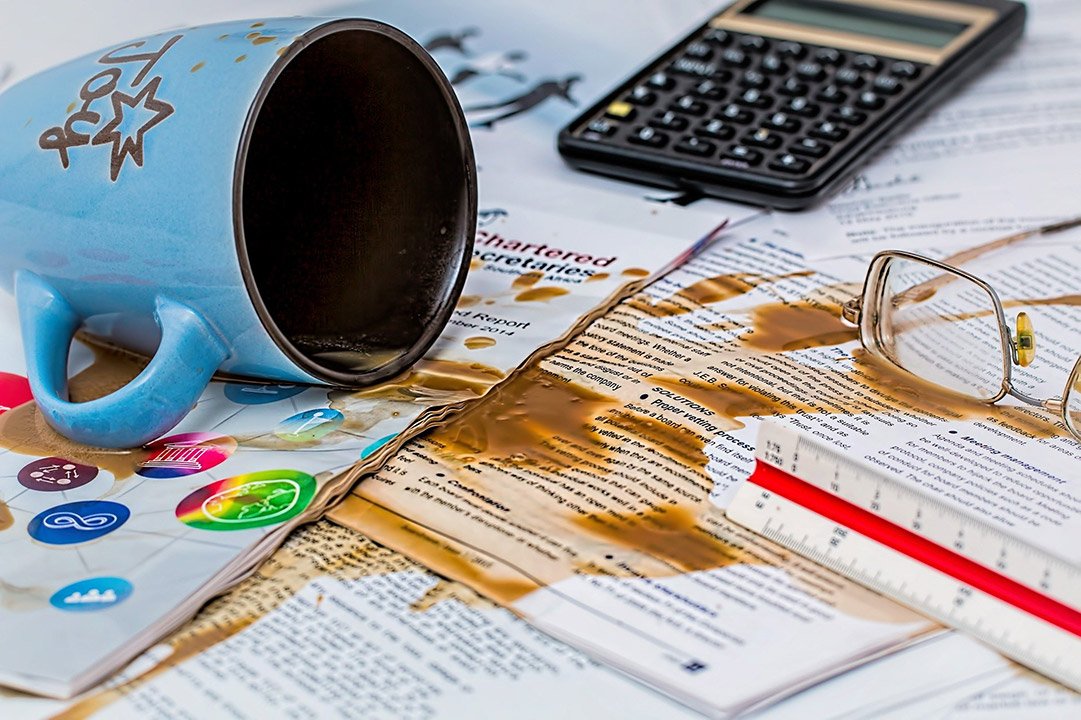 Fix it with a Small Investment

With a small investment and straight forward deployment, Data Content Manager lets you:

By doing this, you will be able to use auto assignments and analyze your incidents easier. You will gain dashboards that give you up to date Service Desk Key Data Health. Resolution times will be faster, and you will be better positioned to track your SLA’s. Your staff will be able focus on working the issues, not the data.

Overall, improving your data with DCM, you will have a better chance of meeting and exceeding your targets while keeping stakeholders and employees happy.

You might experience a strong gut feeling that something is not right, but you just can’t put your finger on it. Things look good on the surface, but you get clues here and there that something is missing. The thought keeps nagging at you and you might even be losing sleep over it.

You might be experiencing a case of Watermelon SLA’s. All is looking good with your vendor’s reports, but you know that you’ve had poor performance because you hear the complaints.

It could be that on the surface your CMDB looks great and things are rolling along as usual. You believe things are just fine, but you sometimes get that uneasy feeling. Are you sure you don’t have a Watermelon CMDB, for the lack of a better term? 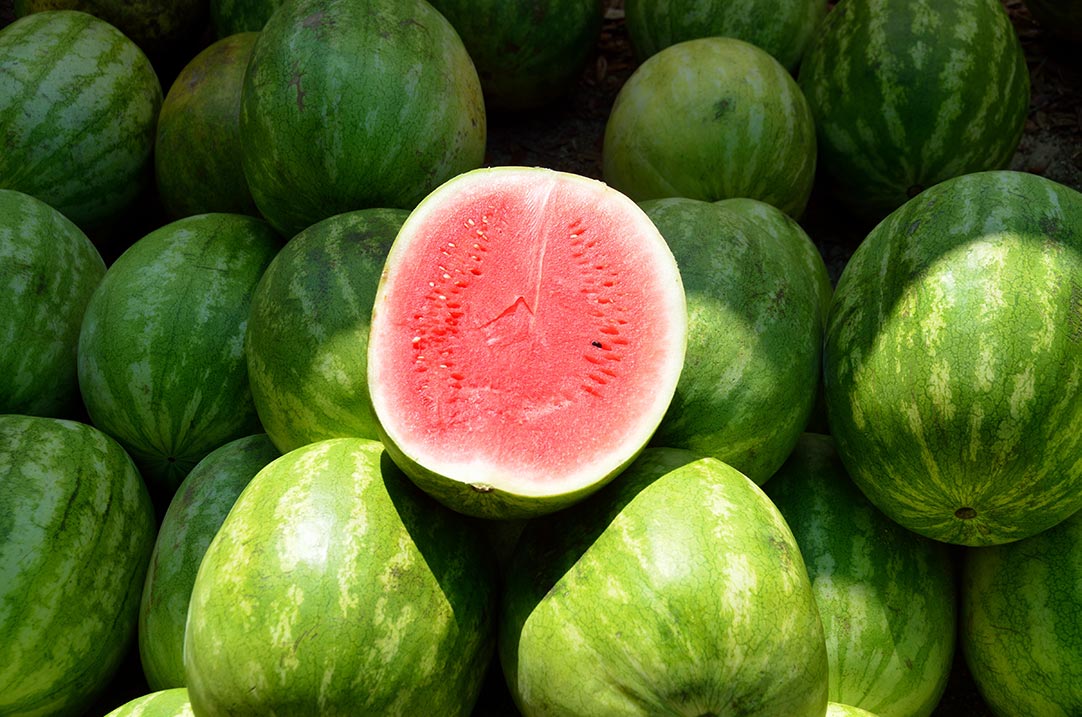 Knowing is Better than Believing

Just recently we wrote about a 2 Million Euro Incident. The difference between believing everything is fine vs knowing for sure cost 2 million euros. That is a lot of money, especially when it could have been easily avoided.

Using Data Content Manager is an easy way to make sure your data is in order. It is simple to set up, and you can draw up your first blueprints and run your first audits in a matter of hours. Then you will know.

When you know, it will be considerably easier to detect any watermelon situations and with DCM you will be well equipped to deal with these situations when they are found.

In all the scenarios mentioned in this article, DCM can bring quick and tangible results. The investment into it is quite reasonable both in terms of time and money, and the first results can be had in a matter of hours, not days or weeks.

With DCM you can manage issues proactively and detect deviations automatically. The entire affair can be turned into a systematic process. Maintaining your data systematically and in an automated fashion will significantly mitigate the risks associated with bad data in all the scenarios above, and more.

Just to be clear, these are just selected examples – Data Content Manager can be used for ANY data and data models you have in ServiceNow. It is designed to potentially be the only data management tool that you need for the platform.

The recipe for success with DCM is simple: Start small, expand as you go.

You might find our 5 Steps to Better Data Quality approach useful – it has been tested to be a sound approach.

We would love to show you personally how DCM can help you in your efforts. Book a session with us and we will give you a private tour.

If you want to look without talking to us, check out our 25-minute demo video which goes through the basics. Sign up using the form below and we will respond with a private link to access the demo. You will also receive occasional emails from us with informational articles, such as this one.

Any questions? Let us know!

Get Your Free Copy!