In one of the previous posts we briefly described “5 steps for better data quality” and in this article I’m going to dig in to the second step “Secure ownership” in more detail.

The basic requirement for the “Secure ownership” step is to define how to find responsible person or owner for the data (within the selected data domain). The idea is to define the class holding the owner data by walking through the data model, starting from the root record that is being modelled.

The term “owner” may be a bit misleading here, since it depends on how data ownership is defined in general. Actual “owner” may be the person responsible for the whole domain, but on a day to day basis it’s usually a different person who should make sure that all details within the data are correct and up-to-date.

There may also be other types of “owners” that may be more related to financial and service responsibilities. So, to be more accurate, we should take look at the ownership from the Provider-Owner-Consumer? (POC) -model point of view.

The Five-step model’s first step (Select domain) describes that one should define who is the owner for the whole domain (from an information architecture point of view).

This description matches with the “Data owner” role in the POC model above. The person who owns the model is responsible for making sure that the model is in line with the requirements of the consumers, capabilities of the providers and in line with agreed policies.

The Data Owner in the “Secure ownership” step is more referring to the Data Provider role in the POC model. That role is responsible for providing the data according to the agreed model and other requirements.

So, for step 1 (Select domain), the Owner is the same role as the Data Owner in the POC model. And the Owner for step 2 (Secure ownership) is more about the Data Provider role. In real life the Data Providers are often people or integrated systems that have responsibilities over CI, user, company, agreement etc. data records.

Next, let’s look at some examples: how to define ownership (or data providers) as part of data models.

Probably the simplest and most straight forward way to define a data provider as part of a data model / blueprint is a single attribute that is referring to a record representing the owner.

For example, a Managed by reference field on an Application configuration item (CI) record.

Results of this audit should be addressed to the domain owner who should make sure that every record in this domain has valid owner / data provider information in place.

Now, with a similar use case, let’s look at some more complicated models for defining a Data Provider.

Example 2: Ownership via Another Record

In this example, we are saying that ownership for the application data is defined via the related business service.

This blueprint is different from the first example since:

Note the red star next to filter icon indicating a mandatory filter.

This time, the blueprint defines following requirements for application records:

With this blueprint we can identify Applications that are missing a particular type of People Relationship.

With these examples I’ve shown three different ways to define Data Provider for a selected root class, the Application CI in this case.

The next step in the five-step model is to define a minimum viable data model for the applications. Meaning the minimum required information after ownership has been secured. And that step will be covered in another blog.

Have you defined Data Owners and Data Providers related to your CMDB or other service data? This is probably the most important step when it comes to successful CMDB implementation. 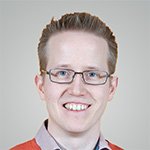 Get in touch with us so we can give you a private demo based on your requirements, and help get you started!

We offer a fully functional, one-month Free Trial. It can be installed on any non production ServiceNow instance.

Get Your Free Copy!